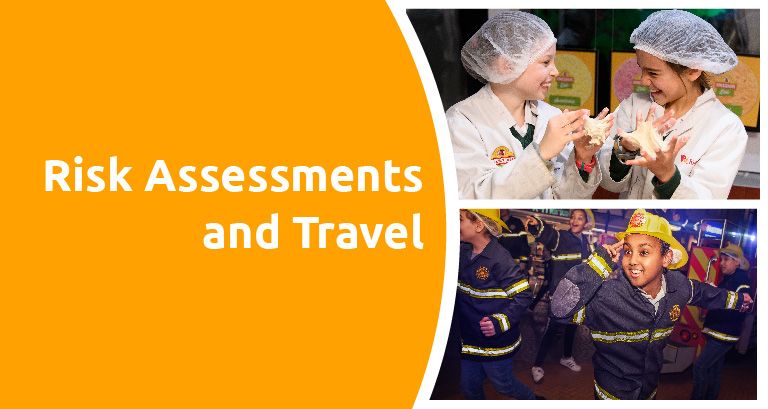 We understand that one of the most important parts of arranging a school trip is ensuring the safety of all children and adults that visit. Therefore, you can download our risk assessment and child safeguarding policy below.

We also offer teacher planning tickets for those who wish to visit the city before their class visit to help create their own risk assessments. Please email schools@kidzania.co.uk to book your slot.

For more information on how our RFID bracelets work, click here.

KidZania London is situated on the first floor of Westfield London, Shepherd’s Bush between Marks and Spencer and GAP.

Route 148 will run to the Bus Station via Wood Lane.

If your party intends to travel by coach, you will need to book a drop off/pick up slot with Westfield London in order to use their bays. We strongly recommend that you book this as soon as your booking has been confirmed as spaces are available on a first come, first served basis. Please note that KidZania London cannot be responsible for booking any transport for your visit.

To book a drop off/pick up bay:

Please email Westfield with the following information within 24 hours of your visit:

The Coach Drop off bay is situated on Ariel Way, which runs alongside Westfield London. Once ready, simply follow the footprints to the lifts which will bring you out next to KidZania’s main entrance.

Download our School's Risk Assessment by clicking the button below.

Browsing on a mobile device? Please switch to a desktop or a laptop computer to purchase our Annual Pass. Our mobile site currently does not support this functionality and we are working to improve this.